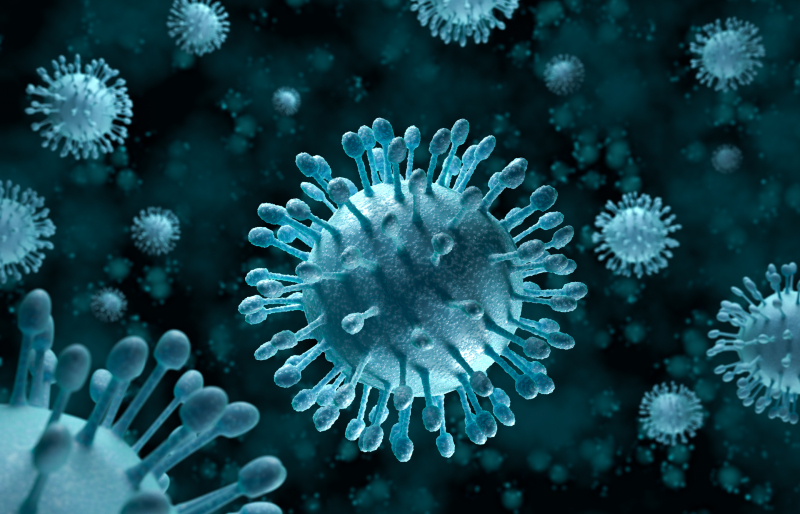 Anyone looking for an example of just how much medicine can change in a brief period of time needs look no further than hepatitis C.

Five years ago, a group of direct-acting antiviral medications promised to revolutionize what traditionally had been a protracted, onerous, and often ineffective treatment regimen. At the same time, the U.S. Centers for Disease Control and Prevention (CDC) estimated that 1 in 30 baby boomers was infected with the virus and recommended all those born between 1945 and 1965 get tested.

The CDC recommendation, in combination with the coming wave of improved medications — with list prices ranging from $85,000 to $120,000 per course of treatment — spelled “perfect storm” for health care organizations. More than 75 million baby boomers in the United States needed testing, and many of those who had tested positive in the past but were waiting for less toxic and more effective medications were ready to begin treatment.

Fast forward to 2019, and the hepatitis C landscape has changed dramatically. “We’ve gone from a best-case scenario of 50 to 80% efficacy with some of the earlier medications, which required 12 to 24 weeks of treatment, to these newer agents that require just 8 to 12 weeks of treatment, and to which a response rate of anything less than 92% is unacceptable,” says Rick Dlott, MD, The Permanente Medical Group’s medical director for population care.

MAPMG, which provides care to Kaiser Permanente members in the organization’s Mid-Atlantic States Region, has screened 72% of its baby boomer population for hepatitis C – over 173,874 patients since 2014 – and treated more than 2,500 or 75% of hepatitis C infected patients and 144 or 90% of HIV/HCV co-infected patients.

At TPMG, which serves more than 4.3 million Kaiser Permanente members in Northern California, the medical group began as early as 1998 to design a systematic, team-based strategy for the screening and treatment of hepatitis C – an approach that has and continues to deliver impressive results. It has screened more than 670,000 patients, or more than 50% of its baby boomer members, as of last October and treated 12,000 since 2011.

Both TPMG and MAPMG have sustained viral response (SVR) rates of over 95%, compared to published results from the Veterans Affairs National Health Care System of 90.7%.

“Our seamless integration, advanced information technology, and groundbreaking research is what allows us to systematically reach out to our baby boomer population and encourage them to get tested, screen them in any care setting they may present, and then have a dedicated, multidisciplinary team match them with the right treatment and manage their care,” says Irene Chen, MD, TPMG associate executive director. “We’ve done this again and again — with HIV, heart failure, cardiac rehabilitation, and diabetes. Now we’re having the same success with hepatitis C.”

If you look at the majority of hepatitis C treatment outside Kaiser Permanente, the major challenge isn’t diagnosis, it’s the delivery of care.

Hepatitis C is transmitted through infected blood. Baby boomers are 5 times more likely than other adults to be infected. It can manifest as an acute or chronic infection that when left untreated leads to cirrhosis and hepatocellular carcinoma – the most common type of primary liver cancer. Because 75 to 85% of people don’t experience early symptoms, they usually are unaware they have contracted the virus until 20 or 30 years later when they develop signs of advanced disease, such as liver damage, cirrhosis, liver failure, or liver cancer.

“If you treat hepatitis C before the liver becomes cirrhotic, you can stop the progression and dramatically decrease the chance of liver cancer,” says Suk Seo, MD, a gastroenterologist at Kaiser Permanente Walnut Creek and TPMG physician lead for hepatitis C.

Prior to the newer direct-acting antiviral medications, treatments for hepatitis C were harsh and largely ineffective. In 1991, for example, one treatment was available, an alfa interferon, which cured just 6% of those who underwent the nearly yearlong treatment. Over the years, other drugs became available, promising a better chance of response. But the side effects were still debilitating.

“Looking back, we initially were thrilled with just a 6% response for what amounted to a year of challenging treatment,” said Mary Patricia Pauly, MD, in a 2013 interview. Dr. Pauly, who recently retired, was a Permanente gastroenterologist at Sacramento and the medical director of the Kaiser Permanente National Transplant program. She pioneered a method for educating and treating patients with hepatitis C in 1997.

Based on the success of this approach in the Sacramento area, she assembled a multidisciplinary task force in 1998 that developed a hepatitis C care pathway spanning the spectrum of care, including screening, diagnosis, patient education, evidence-based treatment, and follow-up protocols. This approach is still used throughout Kaiser Permanente, as well as other medical institutions around the country.

“Hepatitis C is the number-one cause of liver transplants in the United States, and a significant cause of hepatocellular carcinoma,” says Joanna Ready, MD, FAASLD, who played a vital role alongside Dr. Pauly in designing the hepatitis C care pathway back in 1998. “Recent modeling studies have shown that when you treat patients for hepatitis C, you decrease liver transplants, hospitalizations associated with end-stage liver disease, and, hopefully, the incidence of liver cancer.”

At several Permanente Medical Groups, hepatitis C prevention and treatment involve a coalition of various specialists and multidisciplinary care team members. For example, TPMG family medicine and emergency medicine physicians are involved in patient education and screening, and then usually refer patients to a gastroenterologist after testing.

At MAPMG, regional LPN care coordinators support physicians in screening, education, and triage to gastroenterology. The use of care coordinators means the patient has a dedicated point of contact to speak with about the hepatitis C testing process and next steps.

“If you look at the majority of hepatitis C treatment outside Kaiser Permanente, the major challenge isn’t diagnosis, it’s the delivery of care — patients get diagnosed but don’t get treated at the right time or with the right medications,” TPMG’s Dr. Seo says. “Our task force has streamlined the care pathway to eliminate barriers to treatment and developed a strict protocol so that we’re all on the same page. This is the main reason why our SVR rates are so much higher.”

Tools to speed and enhance screening

Another key component is the use of automatic lab testing for hepatitis C-related tests and tests for common co-infections such as HIV or the hepatitis B virus. Screening involves 2 tests: an initial test in which patients receive a hepatitis C antibody to determine possible exposure to the virus, and then another ribonucleic acid (RNA) test to confirm infection, an HIV test, and a hepatitis B test.

“Historically patients had to return for the second test, and not everyone came back,” says TPMG’s Dr. Chen. “In 2017, we worked with the laboratory to develop a reflex confirmatory test, so that when an initial test is positive, RNA testing is automatically determined using the same blood sample. This both enhances the patient experience — they don’t need to make an extra trip to the lab — and provides the physician with confirmation in the initial report.”

“Our new metric is to screen over 95% of our baby boomer population, a goal we believe we’ll reach in the next few years,” says Dr. Horberg. “We’ll also continue to focus on screening other at-risk populations, such as those using intravenous drugs, since hepatitis C cases among these patients are increasing with the opioid epidemic. We believe we are well positioned to meet the challenge of hepatitis C.”

“There is still much work to be done,” adds Dr. Seo. “In the long term, our goal is complete eradication of hepatitis C at Kaiser Permanente.”

The Model of Preventive Medicine