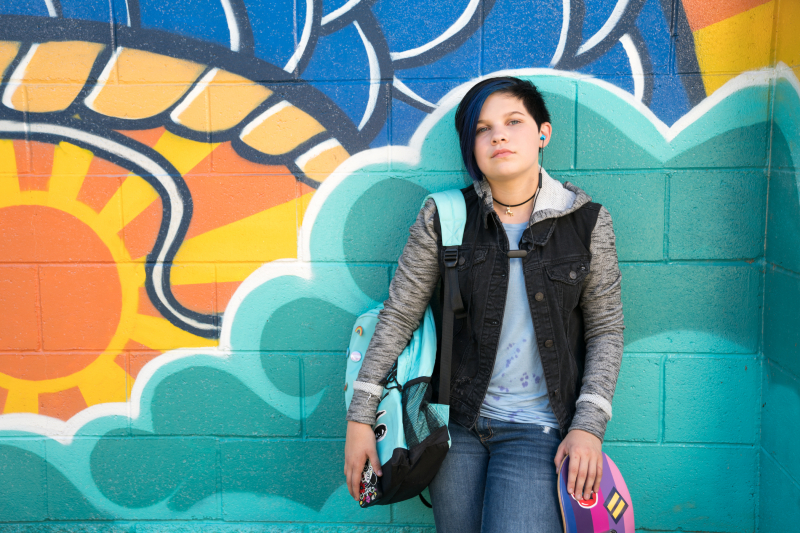 Teenagers who question their gender identity may not feel comfortable bringing up the issue with their doctors. New research suggests that adding gender identity questions to a pre-visit screening could make those conversations easier.

In a study published this week in the Journal of Adolescent Health, Kaiser Permanente researchers reported on a pilot study in which they added gender identity questions to an intake survey at 2 adolescent health clinics in Northern California. They also surveyed some of the participating teen patients, their parents, and their doctors about the experience. Two-thirds of adolescents, 75.5% of parents/guardians, and 92.5% of clinicians said it was important to screen for gender identity in primary care.

“Making gender identity screening a routine part of teen well care could help us do a better job of helping these kids,“ says lead author Josephine Lau, MD, an adolescent medicine specialist at The Permanente Medical Group. “Knowing a patient’s gender identity is relevant because it guides us to provide appropriate health care services that they need.”

Working with the Kaiser Permanente Division of Research, the authors compared the screened young people with those in usual care. They found adolescents more likely to report being transgender or gender diverse if asked about it in the pre-visit questionnaire. Of 817 teens screened as part of the pilot, 1.3% reported being transgender or gender diverse, compared with 0.2% of those in usual care. Dr. Lau says that in usual care, the topic may come up during the visit but is not routinely asked about and may not make it into the electronic health record.

The finding that patients were almost 7 times as likely to report as transgender or gender diverse when asked suggests a significant number of adolescents could be under-identified and underserved in usual care, the authors say.

In the pilot, patients aged 12 to 18 coming to 2 pediatric primary care clinics in Oakland and San Leandro were asked, “What is your gender?” Possible responses were female, male, transgender female, transgender male, non-binary/genderqueer, unsure/questioning, decline to answer, other, or “don’t understand the question.”

Few of those surveyed said they felt uncomfortable being asked; less than 2% of adolescents said they found the question confusing, offensive, or uncomfortable; 2.8% of parents or guardians said it was offensive.

Some clinicians expected teens to be uncomfortable with the question, though the survey indicated teens were not. Nearly a third (31.9%) of clinicians said teens would be embarrassed, and 16% said teens would be offended. The survey found 1 teen respondent (out of 311 surveyed) said they would be offended to be asked about gender identity, and 2 teen respondents said they would be uncomfortable.

The study shed new light on gender identity in a general population of adolescents, as previous research has generally been carried out in specialty clinics devoted to gender identity-related care. “Integrating gender identity screening into primary care helps to normalize the conversation,” says senior author Lauren Hartman, MD, an adolescent medicine specialist for The Permanente Medical Group. “Screening allows pediatricians to effectively connect patients and families to the supportive services that they need.”

About a third of the doctors (36.4%) said they were concerned that adding questions to the 28 already on the screening questionnaire could take extra time during the visit. “I think what doctors are saying is that this is really going to help our teens but at the same time, how are we going to do everything in the time we have with the patient,” Dr. Lau says. “The field of taking care of transgender and gender diverse youth is still relatively new, so pediatricians may feel they are not equipped or not know all the resources out there to help these patients. That is something we can work to improve.”

The gender-affirmative care model, supported by the American Academy of Pediatrics, has clinicians create a nonjudgmental partnership with youth and their families around gender, says Nancy Goler, MD, associate executive director for The Permanente Medical Group. “This kind of research helps us better understand our patient population and their families, so we can ensure both they and their clinicians have what they need to create a safe, supportive clinical environment,” Dr. Goler said.