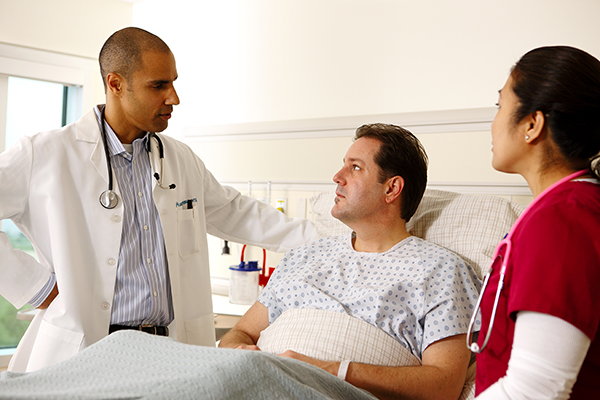 Kaiser Permanente hospitals in Northern California are delivering clot-busting medication to new stroke patients more than twice as fast as the national average. This follows the regionwide adoption of an integrated telemedicine program, according to new research published Dec. 15 in the journal Stroke.

This is the among the first peer-reviewed, published studies to show how the successful implementation of standardized treatment protocols and telemedicine for acute ischemic stroke in a large, integrated system of hospitals can dramatically reduce the time it takes to start critical treatment.

Intravenous r-tPA, also known as alteplase, is the only medication approved by the Food and Drug Administration to treat acute ischemic stroke.

American Heart Association and American Stroke Association guidelines recommend “door-to-needle” times of 60 minutes or less for intravenous r-tPA. Studies show that less than 30 percent of acute ischemic patients in the United States are currently being treated within this window. The new study in Stroke shows that across Kaiser Permanente’s 21 Northern California hospitals, 87 percent of stroke patients were treated in 60 minutes or less, 73 percent in 45 minutes or less, 41 percent in under 30 minutes and the average treatment time for intravenous r-tPA was 34 minutes.

With the Stroke EXPRESS program (EXpediting the PRocess of Evaluating and Stopping Stroke), all Kaiser Permanente emergency departments in Northern California were equipped with telestroke carts, which include a video camera and access to scans and tests results, enabling the stroke specialist to conduct a patient’s neurologic physical exam even when they are many miles away.

“Processes that used to happen sequentially during a stroke alert, one after another, are now happening at the same time, allowing us to quickly, safely and confidently provide evaluation and treatment with intravenous r-tPA to stroke patients who can benefit,” he added.

Each member of the stroke team is responsible for executing tasks in tandem, meticulously and quickly. Paramedics provide advance notification to the emergency department that a stroke patient is on the way. A “stroke alert” notifies a stroke neurologist, who meets the patient upon arrival, in person or via video, to coordinate the stroke alert. Pharmacists prepare clot-busting medication early so it is ready to be administered once a radiologist has read neuroimaging and confirmed that the patient is not having a hemorrhagic stroke and is thus a good candidate for intravenous r-tPA.

All 21 Kaiser Permanente medical centers in Northern California and 15 additional hospitals across the Kaiser Permanente program have been recognized by the American Heart Association/American Stroke Association for the accomplishment in the Get With The Guidelines quality program.