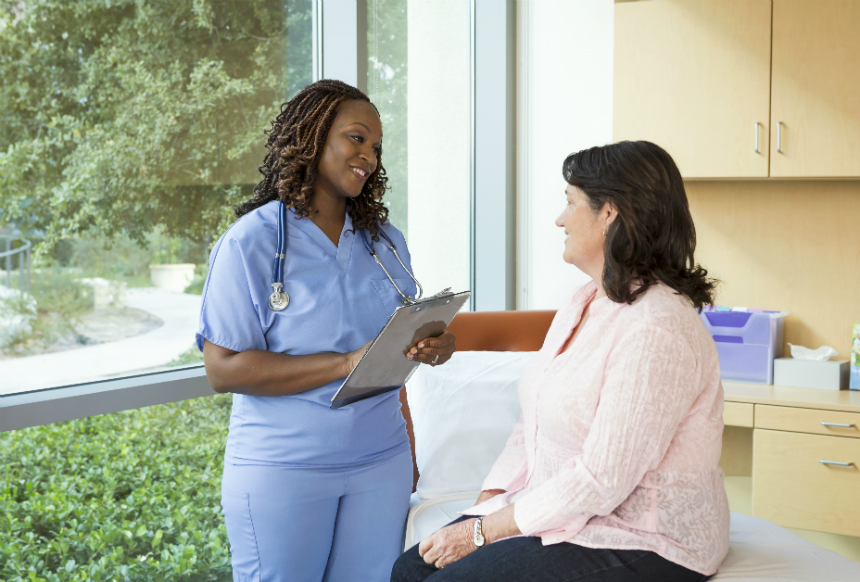 Patients with diabetes and severe obesity who underwent bariatric surgery were half as likely to develop certain complications of diabetes than were those who did not have surgery, according to a new study published this week in the Annals of Internal Medicine. The study was conducted by researchers at four systems in the Health Care Systems Research Network: Kaiser Permanente in Washington, Northern California, and Southern California; and HealthPartners Institute in Minnesota.

More than 9 percent of adult Americans — about 30 million people — are estimated to have type 2 diabetes, according to the American Diabetes Association. The disease tends to worsen over time, with blood-sugar levels rising, along with the risks of developing large blood vessel (macrovascular) complications like heart attack and stroke, as well as small blood vessel (microvascular) complications affecting the nerves of the feet and hands (neuropathy), the kidneys (nephropathy) and the eyes (retinopathy).

“We had already shown that around half of people with diabetes and severe obesity who receive bariatric surgery experience a 7-year remission of their diabetes when their blood-sugar levels are normal without medication,” said senior author David Arterburn, MD, MPH, a physician at Washington Permanente Medical Group and senior investigator at Kaiser Permanente Washington Health Research Institute.

“But to many people with diabetes, their blood-sugar levels feel like an abstract concept,” said bariatric internist and lead author Rebecca O’Brien, MD. “What matters more to them is avoiding the harmful complications that can lead to limb pain and amputation, kidney failure, and blindness.”

In this study, which included 3,949 Kaiser Permanente patients who received bariatric surgery, the risk of all microvascular complications at 5 years after surgery was less than half that of a matched control group of more than 11,000 patients who received usual medical care that did not include surgery. All patients in the study had diabetes and severe obesity (defined as a BMI of at least 35 kg/m2). Receipt of bariatric surgery was associated with a lower risk of nerve disease (63 percent), kidney disease (59 percent), and eye disease (45 percent).

“These results suggest that everyone with diabetes and severe obesity should have a conversation with their doctor about whether bariatric surgery is a reasonable treatment option for their them, weighing the risks and benefits,” Dr. Arterburn said.

Previous research from Permanente physicians and Kaiser Permanente scientists has also found associations between bariatric surgery and a reduced risk of other serious health conditions, including kidney disease, sleep apnea, and cancer. In a study published by Dr. Arterburn and colleagues last year, bariatric surgery patients at Kaiser Permanente experienced 33 percent lowered risk of cancer development when compared to patients that received non-surgical, usual care. The study’s researchers sought to find out if weight loss influences cancer risk because obesity has been linked to several types of cancer.

“Bariatric surgery is different from other surgeries. Because it changes the physiology of a person’s body, someone with chronic conditions will experience changes to those conditions, too,” Dr. Coleman explained. For complex care patients, “we’re moving toward surgery as a secondary prevention idea for several health risks, like diabetes. Imagine never having to be put on insulin.”

This story is reprinted from KP Share with additional reporting from The Permanente Federation.