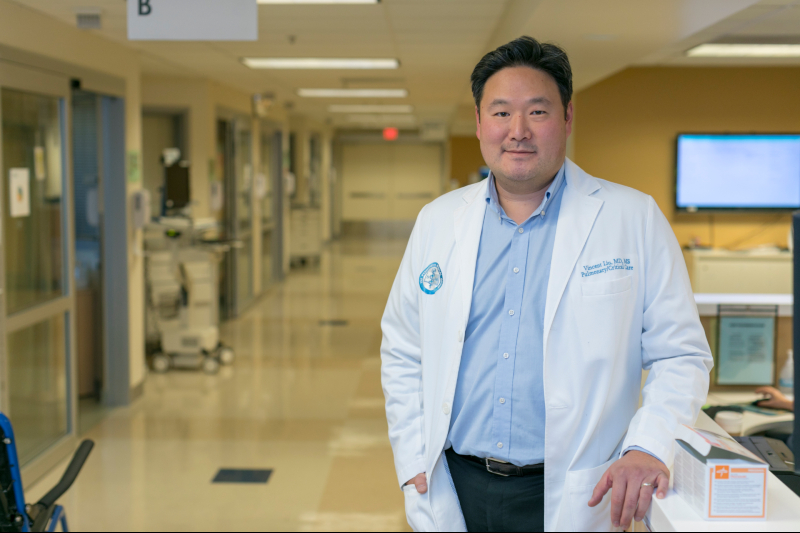 Sepsis is a stealthy killer of people of all ages who are hospitalized, regardless of illness. It can advance quickly; in a matter of hours, a patient can rapidly decline from mildly ill to suffering severe organ failure.

Kaiser Permanente Division of Research investigator Vincent Liu, MD, MSc, sees patients seriously ill with sepsis regularly as a critical care physician for The Permanente Medical Group working at the Kaiser Permanente Santa Clara Medical Center. He wants to know: are there ways to identify sepsis earlier and limit the damage it does?

“The single most important factor in saving lives in sepsis is early identification and treatment,” Dr. Liu said. “We’re looking for signals before patients even get to the hospital that they’re likely to get a significant infection. If a patient presents with a certain profile that’s high risk, maybe there’s an opportunity there to watch them more carefully.”

This is the aim of an early detection study that began in 2018 with $2 million from the National Institute of General Medical Sciences and will extend over 5 years. It involves using natural language processing to search physician notes for descriptive language about what patients are telling their outpatient physicians in the week before they end up hospitalized with sepsis. The investigators are also using Kaiser Permanente’s large data sets to build prediction models to identify high-risk patients before they present with sepsis.

Dr. Liu also began a separate study in September 2019 that looks at the profile of potential risks and benefits of standard care that gives early antibiotics to all sepsis patients, whether they may have a definitive infection or not. The research, funded with $1 million from the federal Agency for Healthcare Research and Quality, recognizes that while antibiotics given early in sepsis have been an important advance in survival rates, there has been little examination of potential negatives. He is continuing a long-term collaboration with Hallie Prescott, MD, MSc, assistant professor at the University of Michigan.

“We think that the benefits of antibiotics vastly outweigh the risks,” Dr. Liu said. “But it would be wrong to ignore the fact that there is some risk.” Negatives might include medication side effects and contributing to a hospital’s profile of bacterial resistance to certain antibiotics.

The interoperability project will allow researchers at Kaiser Permanente and the University of Pittsburgh Medical Center, a collaborator on the FHIR project, to work closely together on building a framework for using rich data from two health systems to improve care; if they are successful, their approach can be spread and used by researchers everywhere.