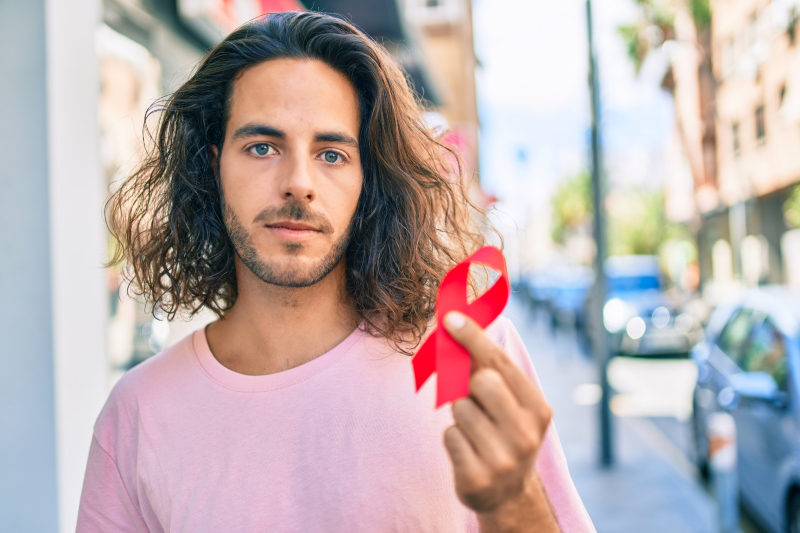 During a routine appointment, a 22-year-old patient asked me whether, if left untreated, chlamydia could turn into HIV?

I was taken a back. He seemed like a well-educated young man, but his lack of understanding of how HIV is transmitted caught me by surprise. Then I realized that he is a member of Gen Z, those born after 1996 and the first generation growing up without HIV on their radar as a deadly disease. The first effective therapy for HIV became widely available in 1997.

Many young people today lack the historical context of the “gay plague.” They never lived through the safe sex debate. Over time, I’ve noticed that people’s general understanding of HIV/AIDS has diminished.

In the last month, I’ve had a handful of new HIV diagnoses – all coming from young twentysomethings. This trend reflects national statistics; the Centers for Disease Control Prevention reported that 21% of new HIV diagnosis in the United States in 2018 were among youth and young adults aged 13 to 24.

Success leads to complacency in education

Some young adults lack the proper understanding of HIV and current preventive options, putting them at risk of contracting the virus and infecting their sexual partners. While all of health care and society these months have been focused on the COVID-19 pandemic, we should still remember that there’s another pandemic that has been going on for years and continues to spread.

Thanks to innovative research and clinical trials, HIV/AIDS is a disease that can be prevented and, if contracted, managed. Today, we have prevention options with pre-exposure prophylaxis (PrEP), which reduces the risk of transmission during sex by 99% if taken as prescribed. And a post-exposure prophylaxis (PEP) helps prevent HIV after possible exposure if taken within 72 hours.

PrEP is one of the most powerful tools available today to fight HIV, and yet the CDC estimates that only 7% of the people who could benefit from PrEP are taking it. At Kaiser Permanente in Northern California, our Permanente physicians developed an algorithm to identify those at high-risk for HIV so that referral to PrEP can occur seamlessly.

This is the generation of social media, the one who learned how to snap or tweet before they can walk.

If someone is infected with HIV, today’s antiretroviral treatment allows patients to manage their condition like a chronic disease. Many of these treatments, originally known as “cocktails” because of the mixture of medications, can now be managed with one pill with effective potency and minimal side effects.

Successful daily antiretroviral treatment can lead HIV patients to achieve “U=U” status – “undetectable=untransmittable” when the person’s viral load is undetectable to the point that he or she can’t transmit HIV to someone else.

Despite the availability of these preventive medications and treatment options – or maybe because they exist – I believe members of Gen Z may have a false sense of security and don’t view HIV transmission as something serious. A diagnosis of herpes, for example, may seem more devastating to them than HIV.

Spreading the word on social media

Education about preventive screenings and treatment is the key to keeping the Gen Z generation healthy. But how can we reach this audience?

This is the generation of social media, the one who learned how to snap or tweet before they can walk. One study found 73% of Gen Z actively use Instagram, Snapchat, and YouTube.

As physicians, we have a role of meeting our patients where they are. What this means is creating messaging about safer sex and PrEP usage in the form of digestible, engaging online posts. Concepts like U=U can be translated to a trending hashtag. We need to build awareness in 30-second bites.

There also should be a return to safer sex education, not only to reduce the risk of HIV but to help prevent other sexually transmitted diseases such as chlamydia and syphilis.

While messaging in social media is generally fun and light, it shouldn’t mask the fact that an HIV diagnosis is still a big deal. More education and awareness hopefully will translate to more screening and people who are high risk coming in early for care instead of waiting and living by chance.

Colin Fields, MD, is a family medicine physician with the Washington Permanente Medical Group. He serves as chief of the HIV and PrEP, and Gender Health programs for Kaiser Permanente Washington.