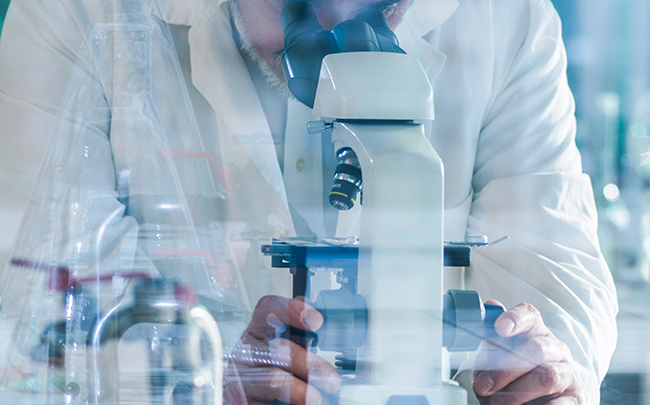 A previously healthy 17-year-old boy visited his primary care physician in California’s Central Valley, complaining of lower extremity weakness. He had no injuries, and his lab work was normal. For the next several weeks, his symptoms progressed – a tingling sensation in his chest, arms, and legs, and lower back pain – but tests, exams, an MRI, therapy, pain medication, and several consultations didn’t yield any answers.

The boy, a junior in high school and captain of his soccer team, eventually ended up at the Emergency Department in a wheelchair with severe back pain, leg tremors, face and upper extremity twitching, sleep disturbances, hypertension, and persistent tachycardia.

He was transferred to Kaiser Permanente’s Santa Clara Medical Center and spent more than 3 weeks in pediatric intensive care before the mystery was solved – mercury poisoning from a face cream purchased in Mexico.

Despite an overall decline in mercury toxicity in the United States, mercury poisoning from foreign-produced cosmetics is more common that we might think. “These types of creams can be quite effective, but they also can contain very high levels of mercury,” says Patrick Daubert, MD, a medical toxicologist and emergency medicine physician at Kaiser Permanente South Sacramento who had been brought in to consult on the case when the teenager was in pediatric critical care.

Thanks to Dr. Daubert’s diagnosis, the teenager made a full recovery.

Dr. Daubert is one of five board-certified toxicologists with The Permanente Medical Group (TPMG) in Northern California who make up the TPMG Regional Toxicology Service, which leverages telemedicine and Kaiser Permanente’s integrated electronic health record so that any TPMG physician can access a toxicologist 24/7 for a virtual consultation.

“Having a dedicated and integrated toxicology service in which medical toxicologists are immediately aware of patients’ information, such as their weight, medical conditions, and allergies, makes all the difference in terms of arriving at the right diagnosis and treatment,” says Stephen Parodi, MD, TPMG associate executive director. “It also increases the consistency of toxicologic care across our 21 medical centers in Northern California.”

The toxicology service is the brainchild of Steve Offerman, MD, a medical toxicologist and emergency physician who came to TPMG in 2005 after leading the toxicology program at University of California, Davis. “When I first arrived, I was thrilled to be practicing emergency medicine and nothing else,” Dr. Offerman says. “But about a year later, after attending one of our toxicology meetings, I came away thinking we really needed our own regional, dedicated service.”

Recognized as a specialty by the American Board of Medical Specialties since 1992, toxicology focuses on the diagnosis, management, and prevention of poison and other adverse health effects from medications, occupational and environmental toxins, and biological agents. Because the specialty is relatively new, with limited opportunities to practice toxicology full time, there are fewer than 500 board-certified medical toxicologists in the United States today.

“This shortage leaves physicians nearly everywhere with just two options – treat the patient if they are familiar with the protocol for a certain toxin, or consult the nearest poison control center,” says Dr. Offerman. “The latter is a great service for the outpatient, but once patients are hospitalized, they really should be assessed by a medical toxicologist who has electronic access to their medical records.”

Dr. Offerman believed there had to be a better way. He studied the data and found that a large, integrated health care organization like TPMG that provides care for more than 4 million patients had a demonstrated need for a dedicated service. After securing the blessings from senior leadership, the doctor recruited two medical toxicologists to launch the service in 2010.

Regional Toxicology was the first 24/7 virtual consultation service at TPMG. After figuring out processes early on such as obtaining credentialing privileges at medical centers, the toxicology service is now a model on how to operate a 24/7 virtual care service, and it’s been replicated for multiple TPMG services.

Today one of five toxicologists is on call for the Regional Toxicology Service at any given time, and together they provide an average of 300 telemedicine consultations each month to critical care, emergency medicine, hospital-based medicine, and pediatric intensivist physicians. In addition to the virtual consultations, Drs. Offerman, Daubert, and emergency medicine physician Patrick Whiteley operate weekly onsite clinics at Kaiser Permanente South Sacramento and San Jose. Together they’ve been successful at decreasing hospitalizations and lengths of stays for patients, particularly those with acetaminophen poisoning.

“Far and away the most frequent problem we address are acute overdoses presenting to the Emergency Department,” Dr. Whiteley says, “followed by environmental or occupational exposures, such as plant or mushroom poisonings, household toxins, and pesticides, and then envenomations like rattlesnake or black widow spider bites.”

Because of the volume of consultations provided by the service, TPMG medical toxicologists are some of the most experienced in the country, often seeing as many or even more cases than a university expert.

“We’re unique—very few toxicologists in the country get to operate in a big health care system like ours,” Dr. Daubert says. “Despite the fact that we’ve been providing this service since 2010, we’re still a frontier in terms of what we’ve been able to build—we’re not aware of any other service like it.”

“We’re fortunate in that we can tailor toxicology management to both the specific clinical situation at hand and to the way that TPMG physicians practice medicine,” adds Dr. Whiteley. “This allows us to make clinical decisions that are best for the patient and that patient’s particular situation, without the financial incentives to provide additional treatment that are often associated with fee-for-service medicine.”