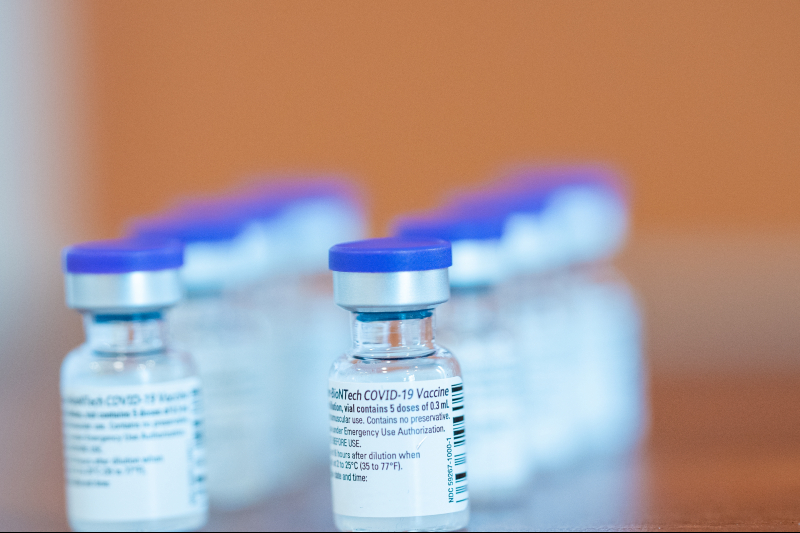 Scientists, public health experts and reporters gathered in a cavernous room eagerly awaiting an announcement — testing results for a desperately needed vaccine. It was April 12, 1955, 10 years to the day that President Franklin D. Roosevelt died. His paralytic illness was believed to have been caused by polio, and in the years after his illness, the disease continued to spread throughout the country sickening, paralyzing, and sometimes killing its victims who were mostly children.

A few years earlier a group led by Jonas Salk developed a vaccine, and public health experts led by Thomas Francis raced to study the new vaccine. The stakes were high, and when doctors studied the data, the verdict was clear. They declared the new vaccine was safe and effective.

In the wake of the announcement, the government licensed the polio vaccine, and a consortium of public and private entities got to work immunizing hundreds of thousands of the nation’s youth. Within a few years, cases had dropped by more than 80%. A few years after that there were only a handful of cases left in the country. Polio is now eradicated from the United States. It stands out as one of the most impressive accomplishments of medical science.

Prior to entering medical school, I read about polio and the massive efforts to first develop and then deploy a vaccine. On my first day of medical school, I stood in the same auditorium where that momentous announcement had been made and took the Hippocratic oath. At the time, I would not have imagined the COVID pandemic or the focused and coordinated efforts it would take to develop the vaccines to overcome it.

In the past year, countless scientists and public health experts have researched the new coronavirus, and dozens of teams have worked on vaccines. Before the end of 2020, 2 of these groups published the results of their trials and gained authorization from the U.S. Food and Drug Administration. Their results were studied intently by the Centers for Disease Control and Prevention, World Health Organization, and independent physicians and scientists. The new vaccines have been declared safe and effective.

Efforts to roll out the vaccine involve both public and private entities. The government purchased and distributed the vaccine to states, while health care organizations within states are tasked with putting shots into arms. Just as in the case of the polio immunization efforts, the most vulnerable are being offered the vaccine first. For COVID-19, one of the vulnerable groups happens to be health care workers. This means that some of the people who are best able to evaluate the safety and efficacy of the vaccine have an early opportunity to demonstrate their confidence in it.

So, on one of the last weekends in 2020, I rolled up my sleeve and took my shot. Afterward, I waited in an observation area for 15 minutes. I experienced no side effects, left the injection center, and went home. The next day I had a bit of soreness in my shoulder, but within 18 hours it passed. Three weeks later, I went back for the second and final injection. Data indicates that I will now have a 95% reduction in risk of COVID infection. In the extremely unlikely event I do become infected, it is likely to be a very mild infection.

Over the past several weeks, more and more of my colleagues have been offered and taken the vaccine. Until a majority of people have received their injection, we will continue to wear a mask, wash our hands, and socially distance. Even though we are now unlikely to become seriously ill, there is a risk we could inadvertently carry the virus and expose others who are not yet immunized, so these public health measures are still important.

Vaccines are powerful tools to promote public health. To date, the only disease to have been eradicated entirely from human populations (smallpox) was conquered with a vaccine. In the years after the polio vaccine was introduced, cases dropped precipitously, but they did not go away completely. Eradication efforts were hindered in some areas of the world. In parts of Africa and the Middle East, the virus has lingered. A lack of infrastructure certainly plays a role — as does distrust for health care workers and medicine — and many people are reluctant to be immunized in these areas. A vaccine can only work when it has been administered to a patient. Furthermore, an infectious disease loses its ability to spread easily and dies out when a group of people achieves a degree of immunity.

It has taken decades of work from the WHO, UNICEF, Rotary Foundation, and others to get to the cusp of eradicating polio from human populations once and for all. Here in the Pacific Northwest, we have a link to this effort through the Gates Foundation, which has taken on this mission. The United States possesses the pharmaceutical infrastructure to produce vaccines, as well as the medical infrastructure to deliver them. We have the necessary tools to quickly reduce the spread of COVID-19, and if the past is any predictor of the future, we will soon have a welcome and dramatic reduction in COVID-19 cases, just as polio cases dropped off quickly with the introduction of that vaccine.

In my own family, I teach my children about immunizations, and when I arrived home after my COVID vaccination I took the opportunity to show my shoulder to my children. It made me think about the children who eradicated polio from the United States a generation before me by rolling up their sleeves and getting their shots. It made me think about the world that today’s children will inherit and how we can make that world a safe place to grow up, a safe place to do business, and a safe place to gather publicly. The vaccine, and the volunteers willing to take it, are the key to returning to our pre-COVID way of life.