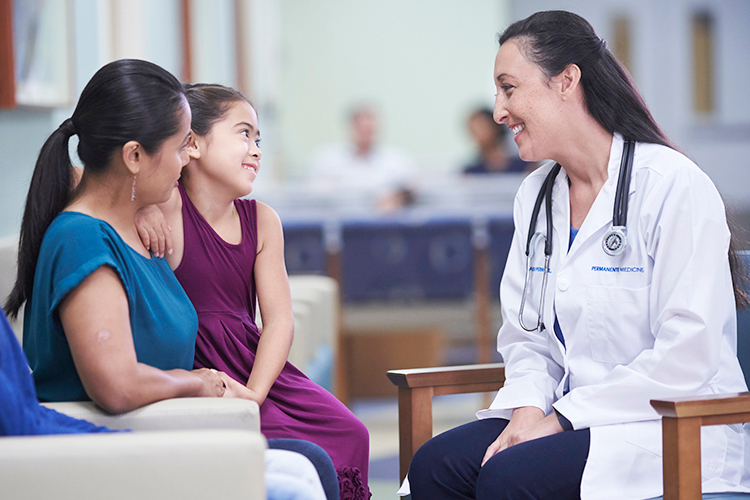 Communicating with patients is a key to a strong patient-doctor relationship. It is critical to use the right words, which is why it is so important to use the term “physician” over “provider.”

Recently, when a 6-year-old girl and her mother waited to see me, I entered the room, sat down, put on my best listening ears, and sought to understand why this poor child was being carted around to see 5 different physicians about “the way she walks.”

Parents worry about their children, and when they feel that something is wrong, of course, they get scared.

I was right there with this mother, working through her fears and what she hoped to achieve during our time together. Then she simply said: “I need you, as our provider, to fix this.”

What she said, and in particular the use of the word “provider,” risked changing the dynamics in the room. It risked taking this woman’s daughter from patient to customer.

The word “provider” is confusing to patients. Patients deserve to know who does what on the team of professionals who take care of them.

It is important to introduce ourselves by name, and to distinguish our roles. By lumping the care team together with the word “provider,” patients do not know whether they are seeing a nurse, a physician, a therapist, a physician assistant, or a nurse practitioner.

The Southern California Permanente Medical Group Board of Directors passed a resolution in 2006 that prohibits the use of the word “provider” to describe physicians in our medical group. Kaiser Permanente’s national editorial style guide also recommends avoiding the term “provider” because it is cold and institutional.

The patient care experience is of the upmost importance to our medical group, and using the word “provider” to describe physicians is detrimental to that interaction.

Origins of the term

Where did this term originate from and why has it been widely adopted across the medical landscape? The U.S. government’s definition of the word “provider” is precisely the issue with this word. By law, the term refers to “a doctor of medicine or osteopathy, podiatrist, dentist, chiropractor, clinical psychologist, optometrist, nurse practitioner, nurse-midwife or a clinical social worker who is authorized to practice by the State and performing within the scope of their practice as defined by State law, or a Christian Science practitioner.”

These are all distinct and unique professions that range broadly from a mental health expert to a Christian Science practitioner. Some of these professions do not require any medical training at all, but the term tries – and fails – to be all-encompassing.

Since the term “provider” was adopted by federal law in the early 1970s, it has been largely left festering amidst a tangle of professions that may or may not include the abbreviation “MD” after a person’s name.

There is another dark piece to the history of the word “provider.” In the 1930s, Jewish physicians, starting with women pediatricians, were stripped of the title “arzt” (doctor) and called “behandler” (which many experts translate to “provider”). Almost a century later, the health care industry in the United States has appropriated the word “provider,” and I am not alone in finding this a dangerous barrier to good patient care.

In November 2015, Suneel Dhand, MD, and William J. Carbone penned, “Physicians are not providers: An Open Letter to the AMA (American Medical Association) and medical boards.” The authors ended their piece with the following plea: “The word ‘provider’ is a non-specific and nondescript term that confers little meaning. We, therefore, call on the American Medical Association and all state medical boards to consider discouraging and terminating the use of the word ‘provider.’”

In Dr. Dhand’s follow-up piece, he waves a white flag, as he recounts a conversation with a young resident. In this conversation, Dr. Dhand introduced himself as a patient’s “attending physician.” The resident translated this back to him by asking if Dr. Dhand was the patient’s “main provider.”

Dr. Dhand writes: “Alas, the term may have already filtered through to the future generation of doctors much earlier than expected.”

Permanente physicians are not alone in discouraging the use of the word “provider” to describe doctors. The American Academy of Family Physicians (AAFP) published a position paper in 2018 stating the following:

The term ‘provider’ implies that the relationship between the patient and physician is a commercial transaction. The underlying premise of the ‘provider’ based environment is that health care delivery is essentially a market-based enterprise based on a market ethic. This contradicts the Academy’s position that the core of the family medicine specialty lies in ‘…the patient-physician relationship with the patient viewed in the context of the family.’ ”

Calling medical doctors “providers” does more than inflict moral injury. It reduces morale, worth, purpose, and results in already overworked doctors finding less meaning in the work that they do. The word “provider” comes between doctors and their patients, thus chipping away the joy in practice.

It is important for physicians to make their roles clear as patients enter the health care system. It can start simply as a conversation, one-on-one with the patient to explain the significance behind calling someone a doctor.

I explained this to the mother of the 6-year-old girl, and we were able to move back into doctor-patient mode. Ultimately, the woman felt heard and her fears were allayed, as her daughter really was walking wonderfully.

Jennifer Weiss, MD, is an orthopedic surgeon with Southern California Permanente Medical Group, based at Kaiser Permanente Los Angeles Medical Center. She is assistant chief of Orthopedics and serves as clinical lead for pediatric orthopedics in Kaiser Permanente Southern California. Dr. Weiss is also communications cabinet chair for the American Academy of Orthopaedic Surgeons. Connect with her on Twitter @mymomthesurgeon.

Why I chose to vaccinate my child against COVID-19
Permanente internal medicine physician Peter Barkett, MD, shares what influenced his decision to vaccinate his young son against the coronavirus.
Surviving, and thriving, after cancer
Nancy Gin, MD, FACP, The Permanente Federation’s chief quality officer, writes that due to better screening, early detection, and innovative treatment options, more patients are surviving cancer diagnoses, living longer, and living well.
From the front lines: partners through pandemia
A Colorado Permanente Medical Group internist reflects on the trials and tribulations of the COVID-19 year.