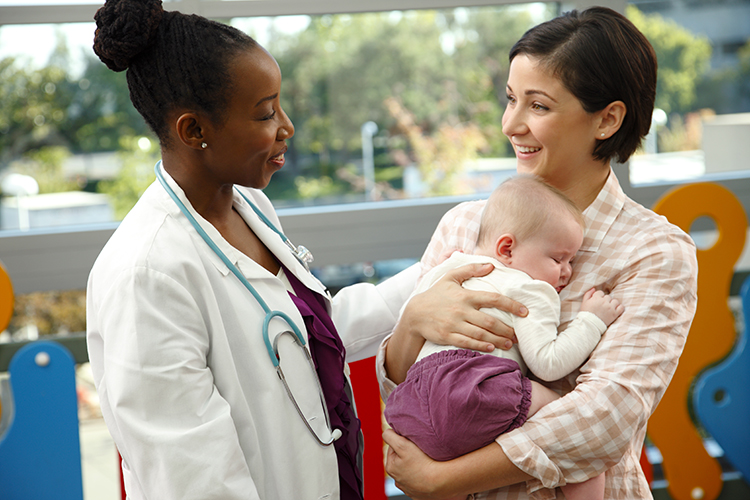 Persuasive conversations to protect patients from the preventable

Measles is one of the most contagious diseases known: 9 out of every 10 non-immune people will become ill if exposed. This contagiousness and an increasing rate of non-vaccination is creating a storm of cases across the country.

Measles was thought to be eliminated from the United States in 2000 but is now showing a resurgence with outbreaks in several states, including California, Washington, New York, New Jersey, and Michigan. The Centers for Disease Control and Prevention reported today a total of 704 measles cases in 22 states to date – the greatest number of cases reported since 2000.

Even in areas where measles cases haven’t been identified, demand for the vaccine has spiked. As physicians seeing patients regularly, we’re spending more of each clinic day fielding questions about measles and the MMR (measles/mumps/rubella) vaccine – both from parents who already plan on vaccinating their children on schedule on their first birthday, and from others who are reconsidering their decision not to do so.

Despite the heightened attention, measles vaccination rates among toddlers and school-age children remain well below the level necessary, particularly in certain areas, for effective protection of a population (95 percent to protect a population). A surprising number of parents continue to decline MMR vaccination despite their doctor’s recommendations.

The numbers behind measles

Let’s look at the numbers:

These numbers are indeed scary. But they provide an opportunity for us to discuss vaccination with our patients and their parents.

How to talk about the vaccine

We strongly believe that all of our patients should be vaccinated. However how we talk about vaccination affects how likely parents will agree to vaccinate their children. Remember that the art of persuasion involves getting a person to arrive on their own at the conclusion that you want them to reach. Your approach should focus less on “winning this debate” than on helping the parent realize that what you’re offering is what they really want for their child after all.

Here are some tips to help you have a more effective conversation:

Kate Land, MD, is a pediatrician with The Permanente Medical Group in Northern California and serves as chief of Health Education and Promotion for Kaiser Permanente’s Napa-Solano area. She also writes for the Thriving Families blog, and you can follow her on Twitter at @KPkiddoc. John Dunn, MD, MPH, is a pediatrician with the Washington Permanente Medical Group, and serves as medical director of Preventive Care for Kaiser Permanente Washington.