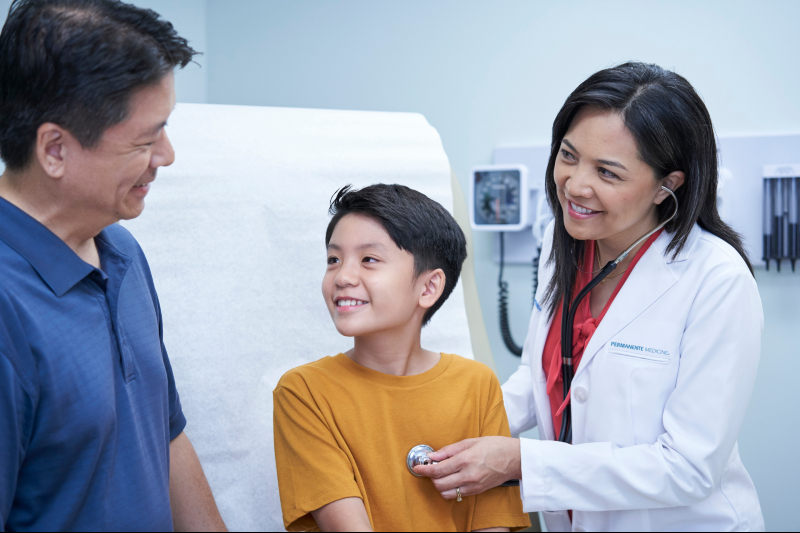 While the percentage of Asian Pacific Islanders graduating from medical school has increased, they disappear along the leadership ladder in health care and every other industry.

Last month, I had the honor of delivering the keynote address at “The Land of Opportunity: Breaking the Barriers in APIA Healthcare,” the Asian Pacific American Medical Student Association’s (APAMSA) annual national conference held at New York University School of Medicine. Among the hundreds of brown faces — medical students, premed students, and students aspiring to be health care professionals — I saw myself 20 to 30 years ago.

I was asked to share my experiences in medicine and how those experiences, along with being an API (Asian Pacific Islander), have shaped the physician and leader I am and am becoming.

Contrary to the “model minority” myth, there is a significant achievement gap in math and reading between APIs and their white American peers. Just over a decade ago, a study conducted among more than a quarter of a million seventh graders in California, followed over 5 years, demonstrated this after the data was disaggregated among the 13 subgroups of APIs and then compared to white students. We need to remember that Asian Pacific Islanders come from more than 50 countries in Asia, Southeast Asia, and the subcontinent of India. We are diverse in strengths, backgrounds, and cultures.

Of course, as with all people, environmental, economic, geographic, social/familial, and behavioral factors drive and contribute to the achievement gap. When it comes to higher education alone, the financial barrier to achievement can’t get more real. As of 4 years ago, the median cost of a 4-year medical school in the United States was $200,000 to $280,000. Four years of undergraduate education will cost, on the low end, another few to several tens of thousands of dollars. It is not uncommon now to have physicians with a debt load over $300,000 when applying for their first job.

The same drivers that contribute to the achievement gap perpetuate and lead to health disparities and inequities. Among APIs there is 76% greater likelihood of obesity. There’s over 75% greater likelihood of type 2 diabetes, and as an API, when you’re diabetic, you’re 50% more likely to develop end-stage kidney disease. Also, type 2 diabetes is a cardiovascular disease equivalent.

The leading causes of death are cardiovascular disease and cancer.

In the general population, screening for type 2 diabetes starts at body mass index (BMI) of 25. However, the American Diabetes Association, National Institutes of Health, and Centers for Disease Control and Prevention recommend that for APIs, screening should start at a BMI of 23. Why? The distribution of fat among APIs generally occurs centrally, in the waist area — a marker of insulin resistance that, along with other metabolic derangements, increases chances of progression to type 2 diabetes. So, currently, over 50% of APIs with type 2 diabetes — and even more with prediabetes — are undiagnosed. Undiagnosed, unchecked, and untreated, type 2 diabetes accelerates progression of cardiovascular disease.

Barriers in health and health care

Social determinants or influencers of health affect APIs just as they do everyone. Over 15 million non-elderly APIs lacked health insurance as of 2017. Language barriers and cultural norms are formidable obstacles to notions of “prevention” and “screening.” Even when you finally are able to persuade your mother, brother, or friend to seek help, health literacy and language barriers, if not financial, present challenges in adherence to treatment and care plans. In this country, we spend every year billions of dollars on poor outcomes from language barriers alone.

The percentage of APIs entering and graduating from medical schools has significantly increased since the inaugural year of APAMSA 24 years ago — from 4% in 1980 to over 20% since 2016. But APIs disappear along the leadership ladder in health care — and in every industry. In 2015, 5 technology companies (Google, Intel, LinkedIn, Yahoo, and Hewlett Packard) in Silicon Valley had 27% APIs in their workforce, with 14% API executives, compared to 60% whites in their workforce and 80% white executives. White men and women are 150% more likely to be in leadership roles.

Just as there is the glass ceiling for women, there is also the “bamboo ceiling” for APIs. Explicit and implicit biases, some grounded in the harmful stereotype “model minority,” drive these inequities.

In medical education only 14% of faculty are APIs; the numbers precipitously drop for department chairs and medical school deans. In 2015, only 0.7% of hospital CEOs were APIs; 7% of them were African Americans, Latino, and Native Americans combined. With both the glass ceiling and bamboo ceiling operational, API women are doubly challenged to rise up the ranks.

Because the majority of the population in 2044 in this country will be comprised of the present minority groups; because the greatest increase in population growth in the United States, beginning in 2030, will come from immigration rather than from birth rate; because already millennials are the most diverse and largest cohort/generation — we must aggressively grow the pipeline for diverse physicians and health care professionals and support APAMSA and many other organizations like it. We must raise awareness and education on health and health care inequities and disparities, create community engagement in these areas, and lend support to underrepresented groups — Latino, African Americans, Native Americans.

We have many opportunities to evolve what “leadership in health care” means and evolve medical education and training.

Last, but not least, more than ever (as should have been all along), we must enculturate, inculcate, learn, and teach to value one’s own health and to create environments for people to do so — physical, mental, emotional, and spiritual health.

The challenges loom large. The opportunities are many. We are not alone. Seeing the cohesion, love, compassion among the APAMSA students and community gives me hope. And I know we all, in health care, are more than able to solve these issues, especially when we know and do whatever it is together.

From a physician of South Asian descent whom you might know:

Better is possible.
It does not take genius.
It takes diligence.
It takes moral clarity.
It takes ingenuity.
And, above all, it takes a willingness to try.

Imelda Dacones, MD, is president and CEO of Northwest Permanente, which provides care to more than 620,000 Kaiser Permanente patients in Oregon and South Washington state. She also serves as chair, National Permanente Executive Committee, The Permanente Federation. This was originally published on LinkedIn.