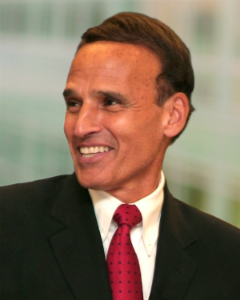 I’ve spent much of my life in hospitals as a physician and surgeon. Recently I suffered an injury that taught me much about what it’s like to be a patient. It wasn’t that I did not understand the problems, but now I recognize the full magnitude. As a result, my perception of being hospitalized has changed forever. And I recognize how delirium, a life-threatening event, can happen to even relatively healthy patients.

A few weeks ago, during a period of intense rain in Northern California, I was walking down a flight of stairs to an underground parking garage. The same downpour that relieved the multi-year drought made the exposed stairwells wet and slippery. About halfway down the first flight, I heard a noise above me. As I grabbed the rail with my left hand and turned to look over my right shoulder, I saw a man who had slipped on the stairs above me coming down and reaching out to my shoulders to stop his descent. Had I not been there, he might well have fallen face-down. Had I had not heard him, he might have pushed me face-down to the ground. Instead, the combination of his weight and mine buckled my left knee, fracturing it in multiple places.

As a dedicated athlete, I have had my share of running, rock climbing and skiing injuries. I immediately knew that I had experienced a serious injury, and as I drove to the local Kaiser Permanente medical center, I called the orthopedic surgeon who had operated on me when I injured my shoulder five years earlier.

When he saw me, he immediately knew what was wrong, and confirmed the diagnosis through the necessary x-ray studies of my knee. He explained that surgery would be required to reposition the bony fragments and insert the plates and screws needed to hold everything in place until the fracture healed. Eight weeks later I’m healing well, with excellent range of motion, and preparing to begin walking next week. I’m optimistic that all will end well.

When I realized exactly what was broken, and the magnitude of the damage, it was reassuring to know that caring for me at that moment was a surgeon of remarkable skill. Several years before, when I had taken a bad tumble skiing down a narrow chute and suffered a severe acromioclavicular (AC), or separation of my shoulder, he had operated on me. Inserting state-of-the-art bone anchors, he helped me restore full range of motion and strength and return to normal activity. Therefore, what he said next surprised me.

He told me he could do the surgery, but the team at the Kaiser Permanente medical center 15 miles south, in San Jose, was better qualified to treat this particular injury. I immediately had three realizations. First, orthopedics and most operative specialties have become ultra-specialized. Second, how fortunate I was to be cared for in a health care system that rewards superior outcomes and encourages intra-specialty referrals. Third, rather than having to travel to the second surgeon’s office with my leg in severe pain, I could consult with him through video. A comprehensive electronic health record enabled him to access my health information rapidly, review all of the X-rays and read the first surgeon’s medical notes. I met the physician who would operate on me in person for the first time just minutes before surgery, but already had complete confidence in his ability. My recovery to date is a testimony to his skill.

After surgery, I spent three nights in the hospital in order to receive intravenous antibiotics, manage the pain and learn to walk with crutches without putting any weight on the repair. Everyone—the surgeon, the registered nurses, the housekeepers, the physical therapists and the aides—was wonderful. They not only worked hard to deliver the best medical care possible, but also did so with remarkable expertise and compassion. Hospitals are 24/7 operations, requiring staff to work frequent evenings, nights and weekends. Yet never once did anyone complain about the long hours and impact on their personal lives.

And yet, despite the excellent care, I soon became disoriented, verging on delirium. I’ve written about delirium in previous columns, but had never experienced it. The sense of complete disorientation frightened me beyond anything I could have imagined.

In retrospect, the reason for this outcome was easy to deduce. I’d gone 72 hours unable to sleep even a full hour at a time. That prolonged wakefulness had left me with zero REM cycles, the period of sleep that clears our minds and rebuilds the necessary neural connections. The underlying reason was that the hospital staff, in order to complete the tasks required by hospital policy and state regulations, came into my room more than 30 times throughout the day and night.

Make no mistake: all the interruptions were well-intentioned and served a clear-cut purpose. But the timing and quantity were not optimal for patient care. Vital signs were ordered every four hours. The cooling device on my leg needed to be turned on and off every two hours. Someone took my order for a meal at least twice a day, and then three times a day the food was delivered. Housekeeping emptied the trash three times a day. Nurses came into the room to introduce themselves at the start of each shift, and the nursing supervisor at least once. Enter, too, the doctors doing rounds, the physical therapist and the discharge planner, and the number of times sleep was disrupted grew.

Most of this was essential, but why couldn’t all of it be coordinated to minimize the total number and prolong the time between them? If one medication is ordered three times a day and another twice, why not give the latter at the same time as the first and third doses of the first? After the first day, when I was otherwise healthy and could have been home but for the intravenous medications, why wake me at night to check my blood pressure and pulse? And given that minimal trash was created after 8 p.m., why bother emptying the garbage at night? The answer to all is the same: a combination of regulation, standard hospital protocol and compliance. I can only imagine what the experience is like when you’re not in good health or are cared for in an ICU with almost continual disruption.

The Challenges Of Being Temporarily Disabled

When you’re prohibited from putting weight on your leg, your option is to use either a wheelchair or crutches. Even those cute one-legged carts that people scoot on when they fracture their ankle or lower leg can’t be used if the break extends into the knee joint itself. For the past two decades, we have worked hard to make access convenient for patients in Kaiser Permanente with a variety of disabilities. What I learned is that no matter how much you do, access is still difficult in society today.

I do want to congratulate the airlines for the service they provide. A skilled attendant will meet you at the curb, take you to your gate, manage your luggage and facilitate travel as much as possible. I also want to thank the hundreds of people who have been respectful of the limitations I had and tried to assist as much as possible. These have included shoppers in supermarkets who helped me reach for items on the high shelves, restaurant patrons who offered their seats and taxi drivers who guided me safely to the curb.

The reality is that maneuvering a wheelchair into an elevator, bathroom or around a tight corner takes strength and perseverance. Even on well-constructed ramps, it still requires major effort during the post-operative period to ascend safely. And the simple process of getting your clothes on or trying to get a glass of water to take your medications is an effort unto itself, when you must use crutches to ambulate.

Putting the pieces together, literally and figuratively, I’m grateful for the remarkable care I received. And I’m proud that it was no different from what all patients in Kaiser Permanente would have received for the same injury. Across the country, physicians, nurses and staff work hard and deserve our gratitude and respect.

But the environment that exists in most hospitals in this nation could be changed to facilitate healing. We would be better served if common sense replaced rigid rules and non-essential regulatory requirements. We need to make hospital processes more patient-focused and less regulation-based. Common sense should dominate. I wasn’t in the hospital for a life-threatening condition. Then why was it necessary for my vital signs to be taken every four hours? What stopped the nurses from giving me medications an hour earlier or later so that I could sleep uninterrupted? What prevented the staff from asking me at dinner time if I wanted someone to come in to empty my trash that night, deliver breakfast early in the morning, or have the night team introduce themselves when starting their shift? The sleep disturbances risked delirium, a more life-threatening complication than any of these common tasks.

A friend who is an orthopedist told me that when he hires staff for the office, he puts them in a cast for a few days, so they can know the experience. Maybe once a year, every hospital CEO and hospital regulator should be required to spend a few days and nights in a hospital bed. After that experience, they most likely would change hospital rules and job descriptions and, as a result, make the nation’s facilities healthier and safer for patients.

Robert Pearl, MD, is former chairman of the board of the Council of Accountable Physician Practices, a certified plastic and reconstructive surgeon, and Stanford University professor. Follow him on Twitter: @RobertPearlMD. This column originally appeared on Forbes.com.

Richard S. Isaacs, MD, FACS, the new executive director and CEO of The Permanente Medical Group, lays out the road map to success for his physicians.